One of the complications of becoming computerised is that practices have to refer to two sets of records, the ones in their computer system and the legacy paper notes in the filing cabinets.

As a way of dealing with this practices may choose to digitise their existing paper records and store them as scanned documents in Panara. Although this is already possible, until now, the software hasn’t gone out of its way to help.

In order to minimise the impact on normal day-to-day activities, it’s likely that a practice will choose to carry out the digitising of legacy records over an extended period.  During this period, many patients will be seen and have data added to their records in Panara. Therefore the precise position of the link to their scanned records in a particular patient’s notes will vary depending on how much other data has already been added for that patient.

Scanned records appear as a link in the notes without any immediate identifier as to what they are, unless the user appends a meaningful comment. People in a hurry may not always take the time to do this and then there is nothing to distinguish the linked document from, say, a letter from an orthodontist that hasn’t had a comment appended either.

Until the digitising of all records is complete it won’t necessarily be always be clear to a staff member the reason why a particular patient does not have a link to scanned records. It could be because their records haven’t been scanned yet or it could be because they don’t have any legacy records.

A new feature in Panara seeks to address all the issues identified above.

A new icon on the  Panara patient record card will act both as a link to any scanned in records and will also  indicate the  status of the legacy notes for that patient. There are three possible states

The appearance of the icon for these three states are respectively:

The last state is the default, i.e. the patient may or may not have paper records.

Once records are scanned they are stored as a single PDF  file. Left-clicking the icon will open the PDF file in the default PDF reader  on your computer, normally Adobe Acrobat.

All the other functionality of this feature is available by right-clicking the icon.

These functions include the ability to import records in bulk if you have employed the services of a company specialising in this, e.g. Digital Documents. On a recent trial, records for 103 out of 105 patients were imported without needing any human intervention back at the practice. The remaining 2 records failed to import because of minor inconsistencies and were easily imported manually.

Earlier I suggested that the status of legacy notes could be classified in one of three ways. Actually there is a fourth. There may be patients with cards in the filing cabinet who have not attended since the practice became computerised. If an outside company is undertaking the work of scanning in the records then for such cases it is possible to to automatically create patient records in Panara from the PDF files that returned. This depends on these files having names in the format surname_firstname_ddmmyyyy.pdf where ddmmyyyy is the patient’s date of birth. Panara then adds a gender and title for the patient based on the first name, adds the scanned record to the newly created patient and also puts a note on the card advising how the patient came to be created.

Until the day when the filing cabinets are cleared, a common daily routine is to print off the next day’s day-list as a help to retrieving records from filing.  This printed list will in future have an arrow next to the patients who may have a card filed but has not had their records scanned. Patients who already have had their records scanned or have been recorded as having not having a physical record will not have an arrow next to their name and staff will thereby know that there is no need to  look for cards for these patients.

Finally, while developing this feature, it was surprising to discover that x-ray films can be successfully scanned using a normal scanner. Below is a segment of an OPG that was scanned in this way. 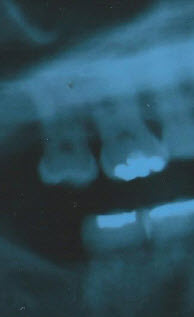 The OPG itself wasn’t of wonderful quality and the scanned image appears to be every bit as good as the original.

If you are using a modem to send SMS messages from Panara then sometimes people will try to call back.
You can’t answer calls made to the modem number but you can set up a call divert so that all calls to that number are diverted to the practice number.
(Calls diverted this way supply caller-id information so you’ll be able to retrieve the caller’s records before picking up the phone)

The instructions below are for setting up a call divert for vodafone but the process should be similar for other providers.

First you need to go to the vodafone website https://www.vodafone.ie/ 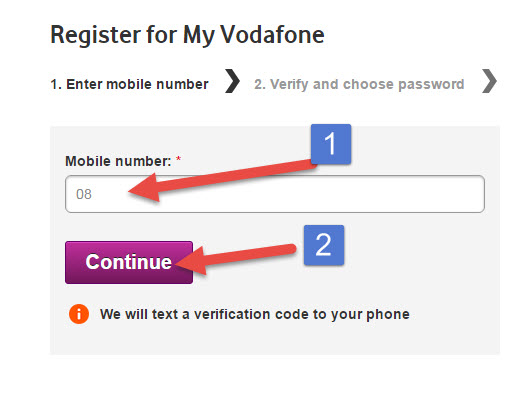 A text with a PIN will be sent to the modem which you’ll find in the SMS inbox in Panara and then you’ll enter that PIN on the vodafone site and create a password. 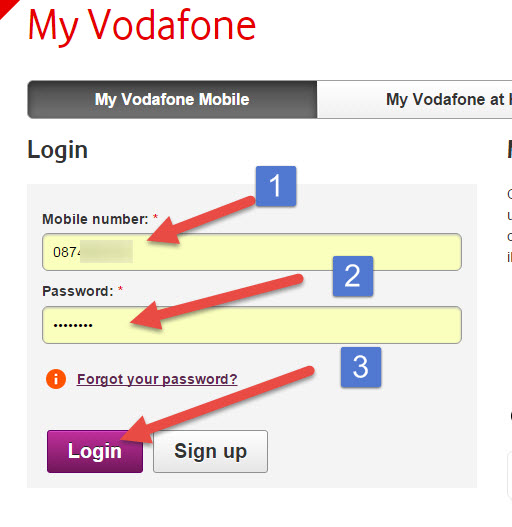 Once you’re logged in it can be confusing to find the Call divert section.
At the moment and until they change things this link works.
The call divert set-up looks like this. Do as in the following picture and that’s it. 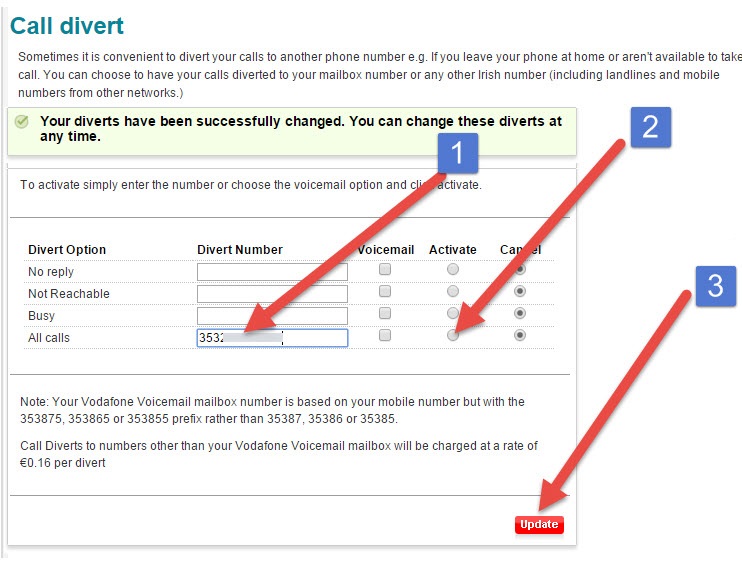 Sending appointment reminders to an entire day’s list takes only a few clicks.

Many practices however like to have confirmation that the patient will attend and so, often phone the patient as well.

However with 2-way texting in Panara you can now automate patient confirmations.

First send out appointment reminders to the list in the usual way.
Include a request that the patient text back ‘y’ or ‘yes’ to confirm that they will attend.

If the patient texts back as requested then the reminder bell..

..will be overlaid by a confirmation tick automatically.

If they text back anything else then the message gets routed to the SMS inbox where it can be handled easily.